Community Leaders Convene for Meeting and Tour in New Castle 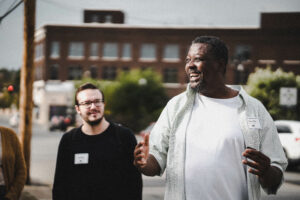 “We are excited to bring a diverse group of community leaders to see first-hand the revitalization efforts that are happening around the Lower Eastside and the Enterprise Park region of downtown New Castle, PA,” says Kenny Rice, the Elm Street Manager for DON. “This is an opportunity to show what our community is working towards and the partnerships that have brought this to fruition.”

As the second largest employer in Lawrence County, PA, where corporate operations are based, DON consists of several entities. Each entity focuses on inclusion and empowerment for those with disabilities.  Founded in 2003 as Disability Options Network, a federally supported Center for Independent Living, that today provides advocacy services to those living in Allegheny, Armstrong, Beaver, Butler, Lawrence, Mercer, and Westmoreland counties. In 2005, DON Services was created as a non-profit for public benefit company providing in-home, non-medical personal attendant care to people needing services to remain living at home. DON has grown exponentially since opening providing services for more than 1,800 people per year through the CIL. DON Services supports more than 500 consumers on a weekly basis. DON Enterprises, Inc. was established to create a more diverse, inclusive community through programs, services and revitalization initiatives which create housing and employment opportunities from resources that support vulnerable populations to increase their independence, individual wealth and overall well-being while encouraging individuals to fully integrate into society. Today, DON reaches across western Pennsylvania with offices located in New Castle, Pittsburgh, Greensburg, and Donora. 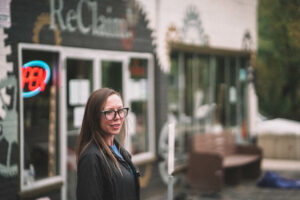 Following the meeting at the Hoyt Art Center, attendees toured several DON projects, starting with a stop at DON Reclaim on 424 North Croton Avenue. Here, the group heard from Ashely Stevenson, Director of Community Reclamation Program. As a deconstruction and re-use non-profit, the program salvages building materials to resell, while providing entry-level jobs in deconstruction, retail sales, inventory management, virtual sales, and customer service. Stevenson also spoke to the beautiful mural that now cloaks the building’s façade, a piece done by artist Rebecca Signoriello capturing time of gears and clockwork. “We’re able to salvage items and give them a new life,” noted Stevenson. “We wanted to represent time and transition with this piece.”

Additionally, attendees were guided by Kenny Rice on a walking tour of the Elm Street footprint in the Lower East Side neighborhood, which included a stop at the Lower East Side Garden, in addition to visiting several home rehabilitations projects. The day concluded with a visit to the Hemp House on Spruce Street.

“The Elm Street program brings people hope.” says Kenny. “Before, it was like the broken window effect. People just didn’t care. But now, coupled with the new home builds, street improvements, programs, and community garden, I’m seeing new faces coming out to community events, more people out tending to their yards and their homes, and more kids out playing. That’s what emotionally strikes me.”

As a DCED-designated Elm Street, DON’s work in the Lower East Side Neighborhood receives priority consideration under several programs including the Keystone Communities Program, is eligible for complimentary technical assistance and programmatic support from PDC over the next five years, and will receive priority status for various funding applications submitted to the DCED.

Elm Streets are one of four designations within the Keystone Communities Program. An Elm Street designation takes a holistic approach to long-term neighborhood sustainability by operating in cooperation with existing downtown or commercial corridor revitalization programs, including the Pennsylvania Main Street program, to better connect healthy neighborhoods and strong business districts. Notes Julie Fitzpatrick, PDC Executive Director, “the Elm Street model for neighborhood district revitalization is an ideal framework for community stakeholders to partner and coordinate efforts to work to improve the quality of life for the residents and better position the neighborhood for the future.” 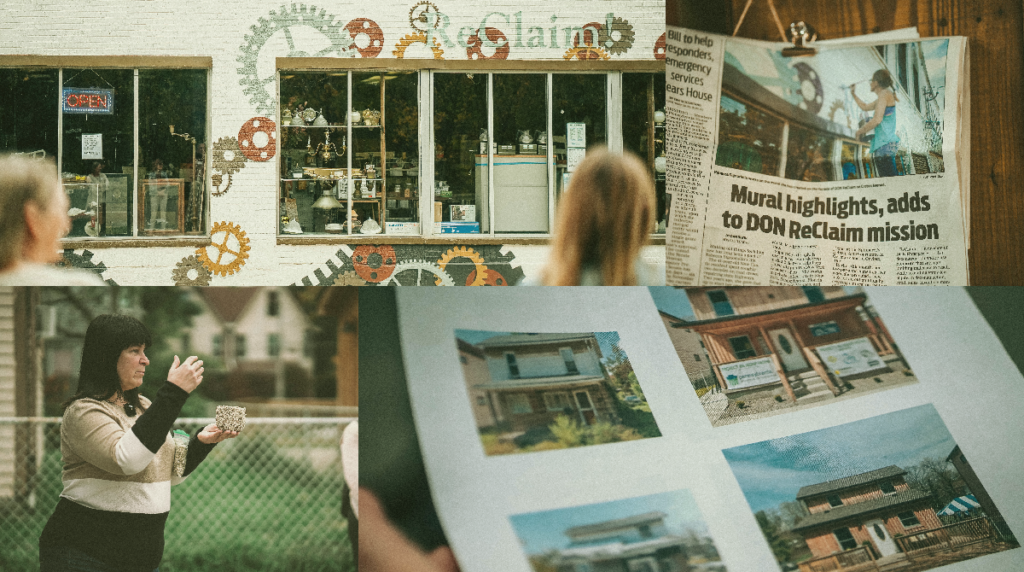